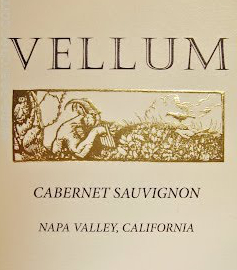 When I first heard the word understory, many thoughts sprang to my mind.  Is it like subtext, the story beneath the story of what is really going on?  Is it a hidden passage, concealed over the years between floor levels in a castle?  Or is it a secret basement, somewhat like a root cellar?  Roots are involved a little. An understory occurs in forests, where plants, ferns, and small saplings grow in the shadow of larger trees.  Understory is also home to leaves that have fallen from branches on high to compost on the forest floor.  In wine, understory is an aroma that is somewhat leafy, green, and earthy.  And there is an underlying scent of understory in the artisan Cabernet from Vellum.

After a one year hiatus to launch my new blog over at www.euphoricfengshui.com, I’ve returned to my first-born.  And I couldn’t be more thrilled to talk about this sophisticated and fine-crafted libation.   Subtle hints of understory, tobacco and currant fill out the bouquet of Vellum’s 2010 Cabernet Sauvignon.  Mostly a mixture of two different cabs, a little Merlot, and a petite amount of Petite Verdot, this exuberant red has hints of blackberry, plum, minerals, and raw cocoa.  This would pair well with literally any meat dish.  I had a glass of it one night with pizza rolls, and the two got along perfectly.  I also tried it with some white chocolate and dark chocolate – respectively – and both bring out slight nuances of vanilla in the taste.  Smooth, with a medium body, this is an easy wine to drink during the long twilights of spring and early summer.

But how is this specific wine a good “feng shui” libation?    First, we have the complexities of the bouquet and taste of the wine.  All of the plant life in the understory is of a yin energy, cool and quiet in nature,when compared to the taller trees that dominate the landscape, which have more yang energy.  So there is a little yin in the aroma of the wine.  This is evened out with a hint of tobacco, which has more fiery yang chi, or energy.  The taste of the wine has traces of minerals (perhaps zinc?) giving a savory appeal, which balances the dark fruit influences.

And then there is the auspiciousness of the label and the name.  I love vintage paper, so I was immediately attracted to the word vellum.  Vellum is fine parchment made from animal skin.  Some of the most well-known documents from ancient history were composed on vellum.  More on why the founders selected this name can be found here:  http://www.vellumwines.com/name.htm

The label depicts a beautiful woodcut engraving of a pastoral scene:  A faun or satyr playing his horn, birds in a meadow, and an owl in a tree.  All of these have deep, symbolic meaning of various kinds.  But what really attracted my attention was the color.  The Cabernet uses the image above printed in gold on a white background.  Gold is symbolic of the metal element, and is considered an icon of luxury and wealth throughout the world.  White is also representative of the metal element, and the two together create a regal, alluring quality that people cannot resist.  The Vellum Black and Vellum Red also use the gold illustration, but on different backgrounds, whereas Vellum White uses a white imprint on a clear setting.  All of these labels have a metallic quality to them, which draws people in.

The best place to acquire Vellum is directly from the source.  All four varietals can be ordered from the vineyard.  Supply for 2010 Cabernet is now sold-out, but the stellar 2011 Cabernet is available in plentiful abundance. They also have their own wine club, with different quarterly options available.  More information can be found here: http://www.vellumwines.com/club.html

Vellum does have tours of the facility and a tasting room, but these services are available by appointment only. (Sometimes a couple of their tastings are directly from the barrel – which adds more of a wood element to the experience.)  I hope to be able to partake in one of their tours sometime later in the year.  I’m very intrigued to see what the environment of this area is like in person.  (I don’t get up that way nearly enough).  Vellum Cabernet Sauvignon is a versatile wine ideal for fancy dinner parties, tailgating before the game, or Shakespeare in the Park.  I have become a great admirer of this delicious organic red, as its taste lingers on the soul like that of a good memory.

Hours:  By Appointment Only 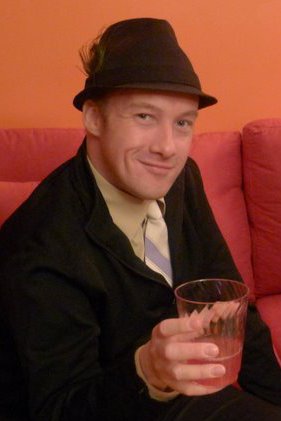 Hello, and welcome to the website of The Feng Shui Foodie.  I’m the gentleman in the picture above holding a drink, and this is my first ever blog.   The main focus of the blog is to explore how feng shui is connected to libations and cuisine.   Feng Shui is the Art and Science of how people interact within their environment.  As a certified feng shui consultant, I help people adjust their surroundings, so they may have more prosperity and fulfillment within their lives.

I welcome each and every one of you to read these articles, take in a restaurant review, virtually explore a winery, and absorb some feng shui knowledge.  If you have any questions, or would like to arrange a personalized consultation, you can reach me at shaunmathieusmith@gmail.com.